4 of the Best Charity Marketing Campaigns of All Time 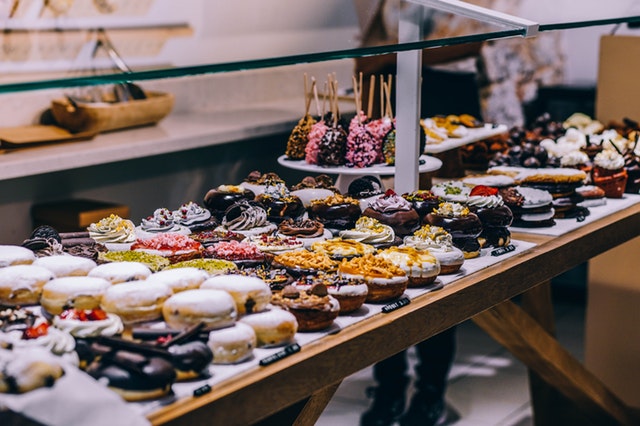 When you take a step away from all he turmoil and political uncertainty, society is full of good and is incredibly supporting. The good in the world comes from the number of large charity campaigns that are addressing several important issues across the globe. From mental health to animal welfare, and supporting veterans, charities today cover a range of issues facing society, no single issue is overlooked.

The aim of this piece is to give some amazing examples of several of the best charity campaigns from around the world.

The main objective behind any campaign a charity may launch is to increase engagement and awareness for their specific message, as increase awareness, often translates into greater material investment. Due to the saturated nature of the market, for a charity to be successful and witness increased engagement with their cause, the message they are portraying needs to be relatable and attractive to as much of society as possible. There is no simple recipe for a successful campaign, each campaign is different to the previous, but what elements are included in a successful campaign?

A successful charity marketing campaign is no simple combination of elements, a successful campaign is made up of several elements, all designed to increase engagement with public. Every campaign is often defined by two key features, the size of the charity and the target audience they are looking to market too. While this is the case the direct access the internet has in our lives is creating a path which a campaign must join at some point. Today to directly deliver a message to the public, harnessing savvy digital marketing elements is a component which should not be ignored. Utilising social media, free advertising, digital media and regular content will allow a charity to increase their chances of witnessing a growth in their traffic to their websites and social media accounts. Through such direct access points charities now have through the development of social and digital media, it allows a charity to champion their campaign across several highly influential platforms and will gain exposure if done correctly. With this in mid, the next section of this article is going to give you some of the best and most successful campaigns.

Movember are at the forefront of raising awareness and combating suicide levels in men, as suicide is one of the most prominent causes of death in men. In 2017 Movember launched their unmute campaign ahead of suicide prevention day, with the aim of encouraging men to open up about their mental health but start a conversation in which men do not need to keep things just to themselves. The idea behind the campaign was simple and was designed to embrace the importance of social media in our day-to-day.

The campaign was made up of several videos, which were released across all major platforms and encouraged the user to click on the video and ‘unmute’ it. In doing so the user realised that the subtitles and audio were completely different. The subtitles will show a conversation regarding something completely different, but once the user clicked on the video, they will hear a regular man open up about his struggles, all designed to show that the conversation regarding mental health does not need to be a formal affair. The reason why this campaign has been chosen is because Movember’s distinct use of social media to allow their message to reach as many people as possible, secondly it presented the message to people through everyday situations, so the message could be relatable to everyone.

The hard-hitting campaign launched by UNICEF Sweden was to engage with the so called ‘Slacktivits’; those who simply only press like on a post and say they support it, but do not actually help and donate. The reason why this campaign has made the list is due to its straight message UNICEF are giving out, directly calling people to mobilise around an issue instead of just pressing the ‘like’ button or merely sharing a post. While they recognise the use of someone sharing a post to reach a wider audience, the distinct use of calling people out on social media is a call to action for users to ‘check their privilege’. They wanted to emphasise donating is as easy as liking a post.

One of the more iconic and successful charity campaigns in the UK to date, we have all sat in-front of the TV and came across the Comic Relief TV special. However Red Nose Day is far more than just a TV special bringing together some of the biggest celebrities, Red Nose Day is an elaborate and well-designed campaign to reach the ultimate engagement. Designed to target all ages within a community, with local events at schools and community centres to celebrity endorsements/stunts, Comic Relief has been extremely successful in raising money. With the rise of digital media, Comic relief also pursue an active digital campaign with regular and expert content. The reason why this has made the list is due to the fantastic success, and the continued raising awareness of issues around poverty in society.

A significant limiting factor for support of charities from people is due to not knowing how charities use donations. While several charities do release annual reports on campaign finances, WaterAid went a step further and gave the public direct access into their work. WaterAid’s reasoning behind the Everyday campaign was to show the public some of the incredible work they carry out around the world which goes un-noticed. Through utilising state of the art 360-degree cameras, they wanted the user to interact with videos they create while documenting projects in corners all around the world. The reason why it made the list is due to the direct engagement it gave people into the work WaterAid are doing, the clever use of social media and modern technology is giving out their message.