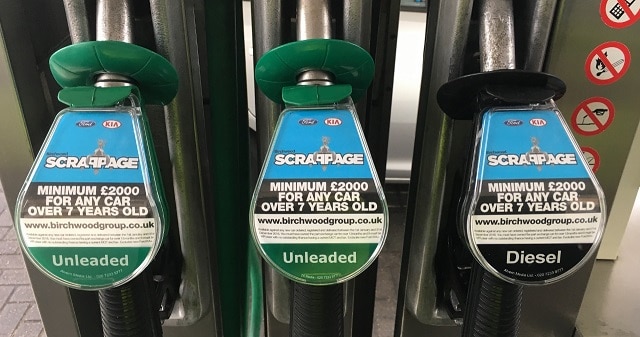 Ford has become the latest motor manufacturer to unveil a scrappage scheme for pre-2010 cars, joining the likes of Vauxhall in offering a cash incentive for older, more polluting models.

Both BMW and Mercedes have run similar schemes, but limited to diesel cars. The Ford scheme will also include commercial transit vehicles in the initiative.

Many motor manufacturers are taking pre-emptive action against government emission targets that will be enforced in 2021. In addition, new car registrations fell for the fourth consecutive month in July 2017.

The BBC have speculated that “The scrappage schemes will help support sales at a time when demand for new cars is beginning to show signs of a sustained drop for the first time in around six years.”

Using AdNozzles is a great way to connect with motorists, putting key campaign messaging in their hands, as this TGI data from Kantar Media demonstrates: