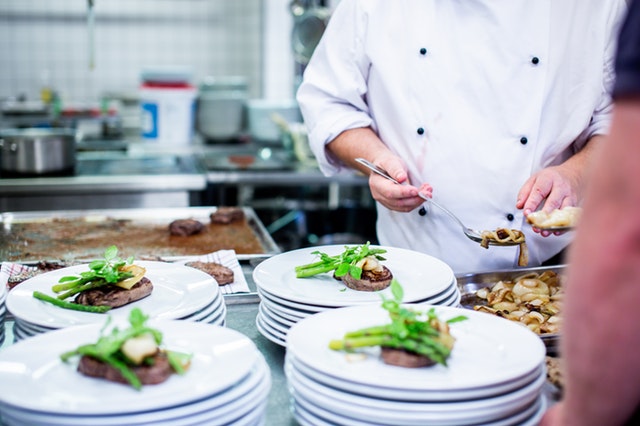 Hopefully you have got the concept for your restaurant down to a T. You have developed a world class menu, hired some of the best staff around and you’re ready to go – the only thing left to consider next is your grand opening. The grand opening is your chance to give all your hard work the recognition it deserves. Yet, more importantly, it will allow you to receive the greatest amount of publicity possible.

With the saturation of the restaurant industry, small, boutique restaurants are often pushed out of prime locations which receive significant footfall. Due to the dominance of chain restaurants, small, independent businesses need to create an atmosphere to compete. This all starts with the grand opening, in order to set the tone for early marketing success. For those who are in the process of arranging their grand opening, this piece is for you!

What do you want your grand opening to achieve?

There is a lot to consider when planning and building the grand opening, but the most crucial element is to ensure you stand out from the competition.  Moving away from celebrating the opening of the restaurant, a grand opening is an integral part of an effective and well-established marketing campaign in the early days of a restaurant.

The grand opening sets the tone of a restaurants marketing campaign and ultimate brand image. As mentioned, within a market that is extremely saturated, creating a unique and respected brand image is vital to ensuring you gain enough customers to reach your market potential. The first few months are often the hardest, while more established restaurants gain significant footfall from recommendations, newer restaurants have to attract new customers from a fresh position.

Due to the nature of the restaurant industry, social media is incredibly useful in creating an atmosphere and a community around a restaurant. With the dominance of social media as well, it is vital for restaurant to create a grand opening that encourages customers to share with their followers.

Your grand opening must work like a well-oiled machine – every single member of staff, entertainment, and the kitchen staff need to know what’s what. Because of this, it is useful to have a ‘soft opening’. There is no better way to release some of the nerves and iron out the problems or misunderstandings, but also receive some honest feedback. The best people to invite would be your family and friends.

As this piece has already mentioned, social media is a restaurants best friend. With it being one of the major ways to attract customers into your establishment, it is important you create an environment that ensures visitors share their experience across social media. Before the opening day, create accounts on Instagram, Facebook and Twitter, and post regular content, so when the big day comes around, you have already created a community of followers.

One of the best ways to utilise social media is to invite influencers to the opening. As we are currently experiencing the age of the influencer, who have significant followings, one tweet, Instagram post or story can inspire hundreds of people to visit your new restaurant. Ultimately, you want to receive as much good publicity as possible, and inviting influencers is a very efficient and affordable way of doing so.

Your local community of residents or people who work around your restaurant are going to be the core group of customers you receive time and time again. For a restaurant to succeed and reach its market potential, it’s imperative it engage with the local community, and this needs to start from opening night. A clever way to engage your local community is to hold a second grand opening; one for the media, influencers, VIPs and the second for the local community and residents. This is your chance to make them feel special and recognise that they are equally or even more important than journalists. At the end of the day, it is going to be these customers who will return time and time again and bring family and friends. Create a strong positive relationship from the outset.

Following on from the previous point, one of the most important goals is to get customers to return. An effective way of doing this is to offer a perk – for attending the opening night – on the second visit. Examples include, a free bottle of wine, a free desert, discounted three course meal, etc.