Rugby League is scrumming to London 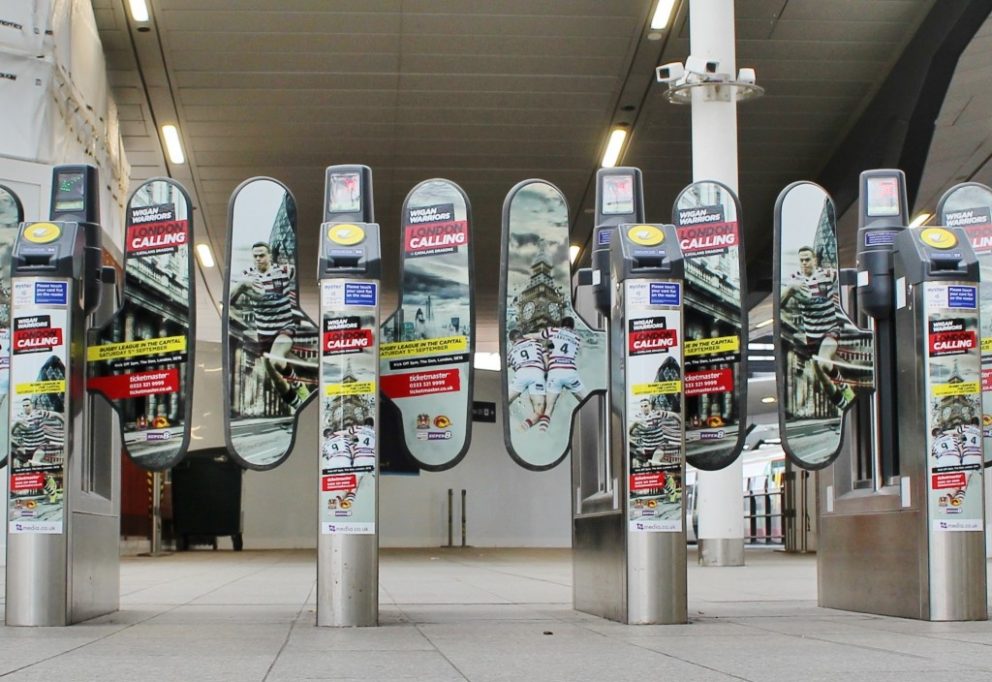 A few weeks ago I travelled down to London Bridge to take photographs of Wigan Warriors’ AdGate campaign, much to the delight of my colleague Mark. He encompasses my general view of rugby fans – proud, loud and with a stern hatred of football/footballers.

Looking back to my glory years when I captained the year 10 rugby team (I was the quickest out of a group of small, sickly lads), I remembered rugby as a tough game in which I spent most of my time getting pushed over. However, looking at the Wigan Warriors AdGate campaign, it demonstrates just how visually exciting rugby is – along with the fact that these players probably don’t get an asthma attack after running 100 yards.

Over the two week period of Wigan Warriors’ AdGate campaign at London Bridge station an estimated 630,891 people passed through the visually creative gates. Furthermore the gates were seen an amazing 10,709,072 times!*

Before the launch of their AdGate campaign Wigan Warriors’ Marketing Director, Simon Collinson, said: “The club is leaving no stone unturned as we look to spread the word that Super League is coming to London. On a weekend when there is no Premier League or Championship football in the capital, it is a fantastic opportunity to showcase the Wigan Club and Rugby League to the people of London.”

In addition Simon also explains the impact of AdGate advertising: “This advertising campaign integrates with a big digital and social campaign and is underpinned by the positive work we are already doing with community clubs, Try Tag Rugby, Marie Curie, the business community and Millwall FC and will give us every chance to increase our reach in the South East.”

A crowd of 8,101 made their way to The Den in Millwall to see Wigan secure the win, the biggest attendance for a Super League game in London for nine years.

“A strong marketing campaign saw the game featured in a wide range of London publications and online, whilst it was also great to see extensive Wigan Warriors branding at London Bridge Train Station, throughout the stadium and around the Capital. “

The Rugby World Cup is finally upon us and tens of thousands more rugby fans are ready to cram themselves on to trains – it would seem I might need my old gum shield to get home.

* Figures are based on the impacts from London Bridge, concourse side, every two weeks, taken from Route September 2015.